MOSCOW - Around 25.000 people visited Moscow’s FIFA Fan Fest™ on its opening day (10.06), when fans were thrilled by the vibrant music line-up and the presence of French FIFA World Cup™ champion Marcel Desailly and Russia’s all-time top scorer Aleksandr Kerzhakov. The FIFA Fan Fest Ambassadors took to the stage to greet the crowd together with Moscow’s Head of Sports Department and Tourism Nikolay Gulyaev and the 2018 FIFA World Cup Official Mascot Zabivaka. They were joined by none other than the embodiment of the dream of the 32 teams competing in the tournament from 14 June: the FIFA World Cup Winner's Trophy. 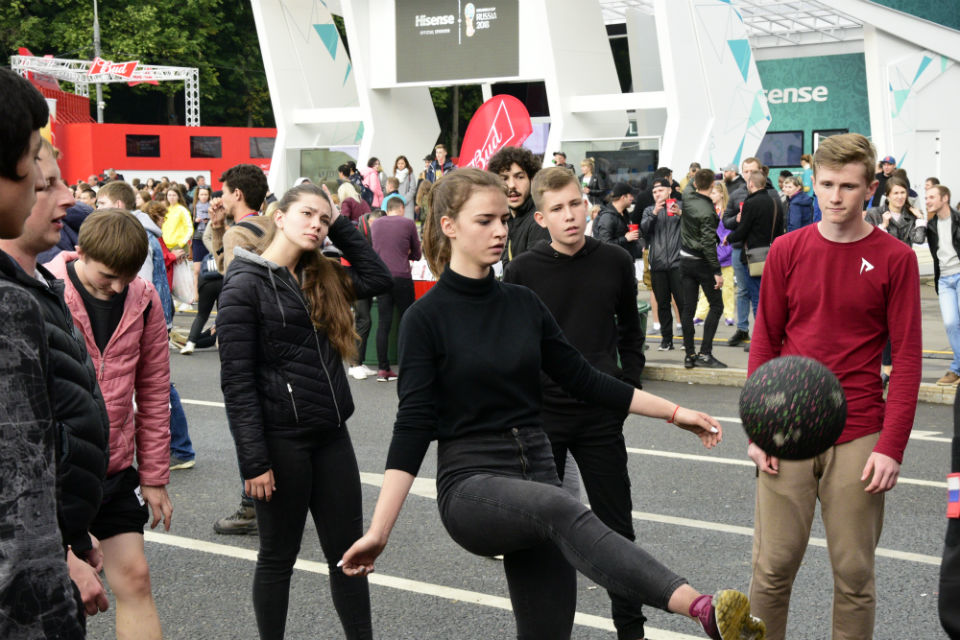 “It’s amazing to see so many people here today, having fun and celebrating the World Cup in such a nice venue for free,” said Desailly. “The excitement is already immense and will only increase over the next few days ahead of the Opening Match. Having seen this, however, we can already say that Russia has got off on the right foot.”

“I am very proud that our country will host the 2018 FIFA World Cup,” added Kerzhakov when leaving the stage yesterday. “Now, with just four days to go, you can already feel the football atmosphere, and today's event demonstrated our fans’ tremendous interest in the tournament once more. I am sure the stadiums will be full and Russians will celebrate at the FIFA Fan Fests with fans from all over the world.”

The opening day of Moscow's FIFA Fan Fest featured over 20 well known live music acts, a foretaste of the exciting entertainment programmes planned for all FIFA Fan Fests. Moscow and the other 10 venues will now open on 14 June for the match between Russia and Saudi Arabia and will host fans free of charge on matchdays throughout the tournament.